Keeping track of marine ecosystem health is expensive, as discussed in the last blog about the NOAA observer program. Monitoring what species are swimming or living where, and in what numbers often means teams of divers counting individual organisms in defined grids over a period of time. This provides a limited view because of the tiny section of ocean surveyed and just a brief window on activity in that grid at any time. And it costs a lot of money. Other approaches include dredging the ocean bottom to see what comes up, which doesn’t do the seafloor any favors.

However, forensic DNA sampling has advanced to the point where scientists have applied the same molecular focus to marine ecosystems. Just as humans and their pets leave genetic fingerprints via dead skin, hair, saliva, etc., fish and shellfish leave scales, metabolic waste, slime, dead tissue and other matter as they swim or rest in the ocean. 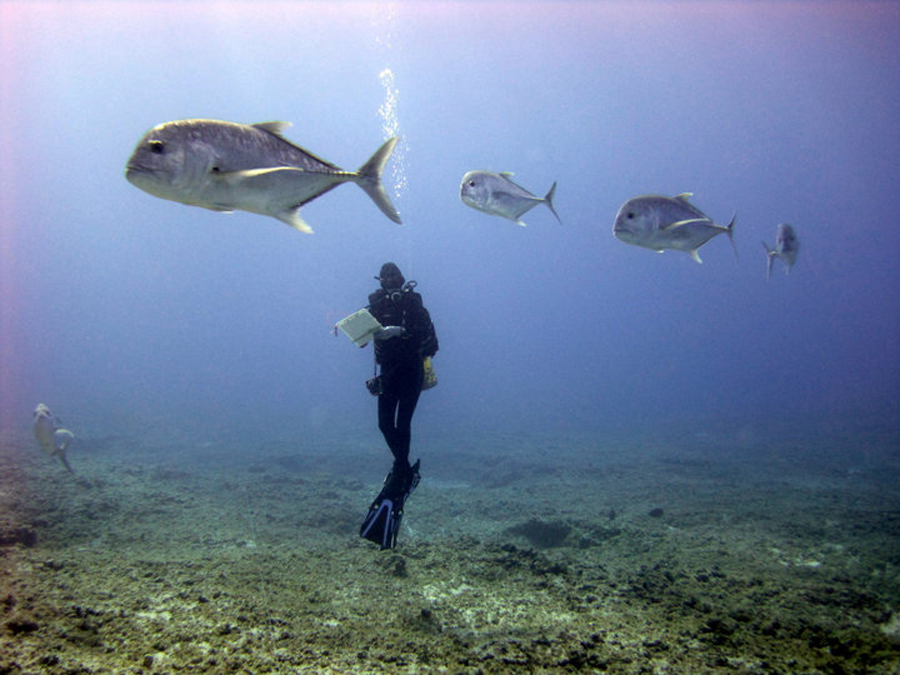 And scientists have figured out how to identify that DNA swirling about in ocean samples to get a good view of who’s been swimming where. In a paper published earlier this year, scientists at the Center for Ocean Solutions at Stanford University and the University of Washington showed how samples taken from the massive tank at Monterey Bay Aquarium yielded DNA fingerprints of most of the tank’s inhabitants.

They found the amount of DNA in the tank approximately matched the abundance of different organisms, suggesting the test could effectively approximate ecosystem inhabitants (current and recent). The tests also picked up DNA from sea otters that were either in an adjacent exhibit or out in the bay, their DNA showing up via the tank’s intake pipes. That said, the samples did not detect DNA from the sea turtles or giant sunfish swimming around, possibly because they shed their DNA differently from the other species in the tank. So the technology still has room for improvement.

Not only has gene sequencing become more accurate, it has become cheaper, with a single sample costing around $1,500. That’s still not “cheap,” but it’s cheaper than sending out divers.

More importantly, it’s an example of science taking steps toward providing more usable information to help better gauge ecosystem health. The more we know, the better we can manage these ecosystems effectively.

For more info, check out these links:

Stanford Woods Institute for the Environment