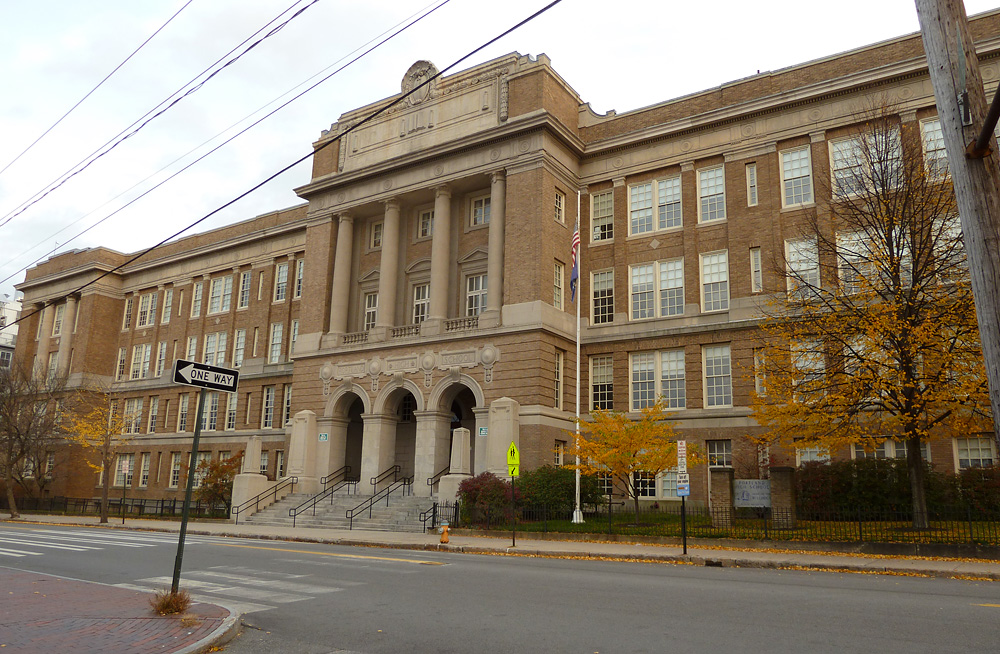 I found myself facing one of the most difficult questions to answer about fisheries management last week. Posed by a senior at Portland (Maine) High School, the question was how to ensure all fishermen have fair access to the resource while still protecting that resource.

We had covered a lot of ground up to that point. We’d discussed the domestic and global seafood systems in broad strokes, touching on demand, and import/export statistics and issues. We’d reviewed different aquaculture approaches, global warming and its impact on the Gulf of Maine and the role invasive species play in altering local ecosystems.

We’d also discussed the unbalanced fishing quota landscape and its impact on fisheries and the fishermen who care about the resource. That prompted the senior, taking an Ocean Sciences course, to ask the hard question many fishermen, policy makers and activists continue to ponder.

I prefaced my answer with a bit of insight from years of studying management issues and listening to fishermen, managers and scientists discuss policy: There are no black-and-white or one-size-fits-all answers. There is no chance, whatsoever, of 100% satisfaction for all stakeholders. Feelings run too deep.

And that’s a large part of the problem. The quota system arose to eliminate the bycatch (discards of unintentionally caught species) and what some activists termed a “race to fish.” The previous management model limited effort, or days at sea, encouraging fishermen to fish as much as possible with a given time period. The quota system divided the ocean into different sectors and allotted quota based on the permits fishermen purchase. The idea was that if you had a permit, you might feel responsible for taking care of the resource.

Instead, the quota system bred new inefficiencies and more disparity in the “haves” and “have-nots.” Larger operators with deep pockets could buy more of the permits, driving up the price of the permits to the point where smaller scale fishermen are priced out of the markets. Local fishermen, those who typically care more about the resource more than the larger operators, are forced to switch gears or stop fishing. Small-scale farmers often face similar struggles against industrial agriculture.

I used the example of Carlos Rafael, the largest seafood distributor in New England, to illustrate how the system is ripe for abuse. Rafael is now under house arrest in his hometown of New Bedford, where he is awaiting trial on federal charges he defrauded the government by hiding his actual catch volumes and mislabeling fish. Rafael allegedly misrepresented species on federal catch quota forms he filed by mail or online. Then the species were sold at a higher price to a New York wholesaler who allegedly paid for the fish with bags of cash.

I answered the student by saying I don’t have an exact solution to the problem. But I explained that allowing all stakeholders, including local, small-scale fishermen, to have a meaningful say in how fisheries are managed would be a significant first step. Many fishermen argue that giving local fishing communities more control over management of their fisheries would prevent the kind of top-heavy, cash-driven management that nurtured the rise of operators like Carlos Rafael.

I see some merit to that approach, but also understand that the Magnuson Stevens Act is essential to creating a federal management backbone to ensure some consistency from coast to coast.

Above all, collaboration among different stakeholders, fishermen, policy makers, scientists, community activists, chefs, consumers, etc. is critical. We won’t move forward if we can’t all meet at the table.

And that underscores the importance of having discussions about where seafood comes from and how it’s managed with students like those seniors at Portland High School. I hope those discussions will eventually lead to more concrete solutions that are fair, equitable and sustainable for fishermen, their communities (read consumers) and most importantly, the resource.

If I can get students to ask intelligent questions, I’m at least sparking the conversation.