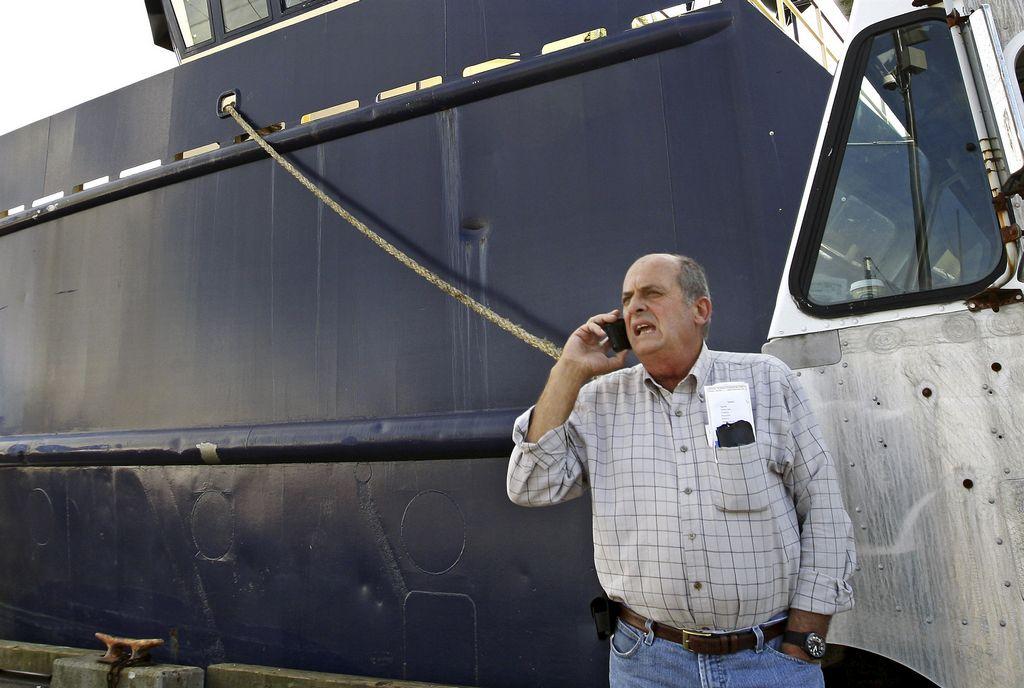 New Bedford fishing kingpin Carlos Rafael was sentenced to 46 months in prison and ordered to pay $200,000 in fines yesterday after pleading guilty to fraudulently mislabeling fish and sending hundreds of thousands of dollars in cash out of the country. He must also pay $108,929 restitution to the U.S. Treasury.

Rafael has become a divisive flashpoint in New England fisheries discussions as activists and smaller scale fishermen have pointed to his case as a glaring example of what’s wrong with much of the current groundfish management system. In court yesterday, his attorney read a statement in which Rafael claimed he essentially committed the crimes he was accused of to benefit his employees, and that it was the stupidest thing he ever did.

Judge William Young wasn’t buying it. “This was not stupid. This was corrupt. This was a corrupt course of action from start to finish,” Young said to Rafael. “… (It was) designed to benefit you. To line your pockets. That’s what it was, and that’s why the court has sentenced you as it has.”

Rafael was arrested a year and half ago after boasting about skirting federal fisheries laws and hiding cash in offshore banks to undercover Internal Revenue Service agents posing as Russian mafia. At the time, he was running the East Coast’s largest fishing operation, with more than 40 fishing vessels and a couple of on-shore processing centers.

How Carlos Seafood got to that point is a story of greed, capitalism and a knack for taking advantage of a flawed management system. The predominant regulation governing New England groundfish is catch shares, which treat access to fishing areas like a market commodity to be traded like stocks, ultimately leading to fleet consolidation. This consolidation raises the cost of doing business so high that many small-scale fishermen are forced out of business.

In Rafael’s case, he not only gobbled up quota and permits, he also controlled a processing facility in New Bedford. Mislabeling fish became much easier when he controlled the captains and crew on the water, and people in the processing plant.

Now, he will serve nearly four years in prison, followed by three years of supervised release. Judge Young also banished him from having anything to do with commercial fishing during his supervised release … which amounts to nearly seven years out of the business.

Case closed? Not quite. The larger question now is what happens to Rafael’s assets. What happens to the quota he acquired and how will that decision affect regional fisheries markets and fishermen?

The answer to that brings us back to the ever louder claims that the current quota system enabled Carlos Rafael’s rise. What several fishermen and activists have called for is to liquidate the permits and make them available to a broader range of fishermen throughout New England, not just New Bedford. The mayor of New Bedford and several fishermen there said the permits should remain local. Mass. Governor Charlie Baker wants them to stay in the state. At stake are the 13 vessels and the permits that were directly linked to the fraudulent activities, estimated in court documents to be between $27 million and $30 million.

One of the options mentioned in yesterday’s sentencing was to sell all of Rafael’s assets to Richard and Raymond Canastra, the brothers who own and operate the Whaling City Seafood Display Auction as well as the Boston Seafood Display auction. Some fishermen and activists oppose this possibility because Rafael has ties to the Canastras, and because they fear it would result in another vertically integrated entity controlling a large amount of quota. Read: Another version of the Codfather.

The judge essentially said that it is not exclusively up to him to determine allocation of quota, which is governed by NOAA. The hope is NOAA will take the long view on the situation and make a recommendation that benefits a wider swath of fishermen and their communities. In the end, the best decision would also benefit the resource by turning over control of those permits to fishermen who are more likely to obey the law.

Politico in-depth analysis of the evolution of Carlos Rafael as the Codfather.