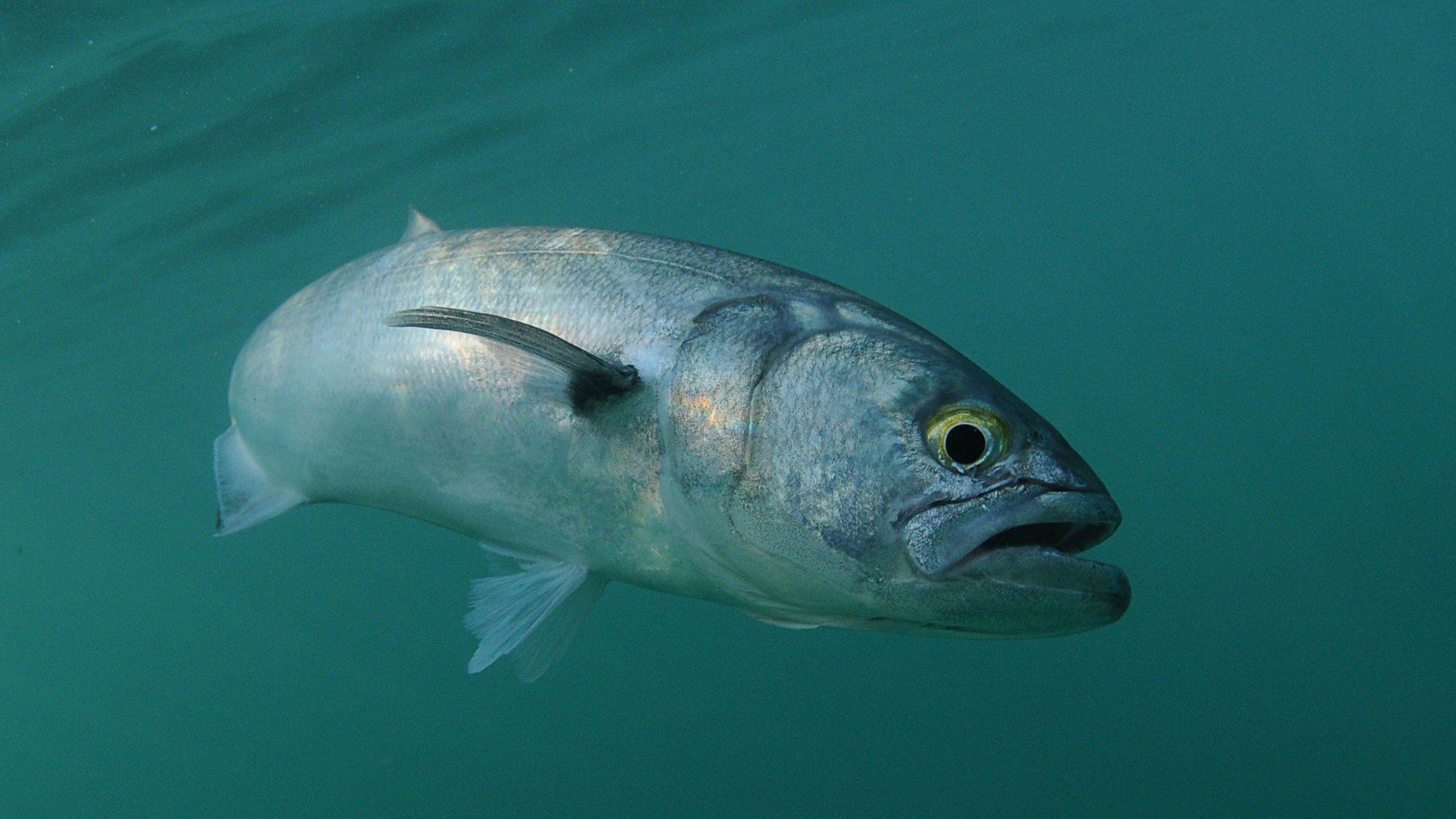 It seems as though we’ve had some success in reducing the amount of mercury our coal stacks spew into the atmosphere. And this isn’t just measured in the reduction of coal plants in the past few decades. We’re now seeing the impact in bluefish along the Mid-Atlantic Bight.

So says a recent study written by researchers at NOAA’s National Ocean Service, Center for Fisheries and Habitat Research, and Duke University’s Marine Lab. In essence, as mercury levels have decreased in the atmosphere, they have also declined in the muscle tissue of bluefish from 1972 to 2011.

What surprised the study’s authors most was that marine concentrations of mercury dropped in decades in tandem with atmospheric concentrations. Most scientists expected the marine response would take a century or more. Mercury concentrations in bluefish decreased by 43% in that timeframe, or about 10% per decade. That decrease dovetails with “reductions of mercury observed in atmospheric deposition, riverine input, seawater, freshwater lakes, and freshwater fish across northern North America,” according to the study’s authors.

What do you know? Cutting back the filth we put into the atmosphere actually produces tangible results. In this case, regulations actually reduced the amount of mercury in the bluefish the American public consumed in that time period. The study further postulates that if bluefish are proxies for similar species in the same region of the Atlantic, this reduction in consumed mercury may be more widespread. The evidence also suggests predatory fish like bluefish may have been exposed to mercury for over a century, according to the study.

One cautionary note: These results are good news for North America, and should be a blueprint on how to protect our food sources from ourselves. But this is only domestic cause-and-effect. As global emissions continue to rise, so does the potential impact for increasing mercury levels in domestic species. In other words, we need to keep monitoring mercury levels in seafood diets, and more importantly, keep pushing for global emissions reductions.